An Introduction to Social Media for Public Relations 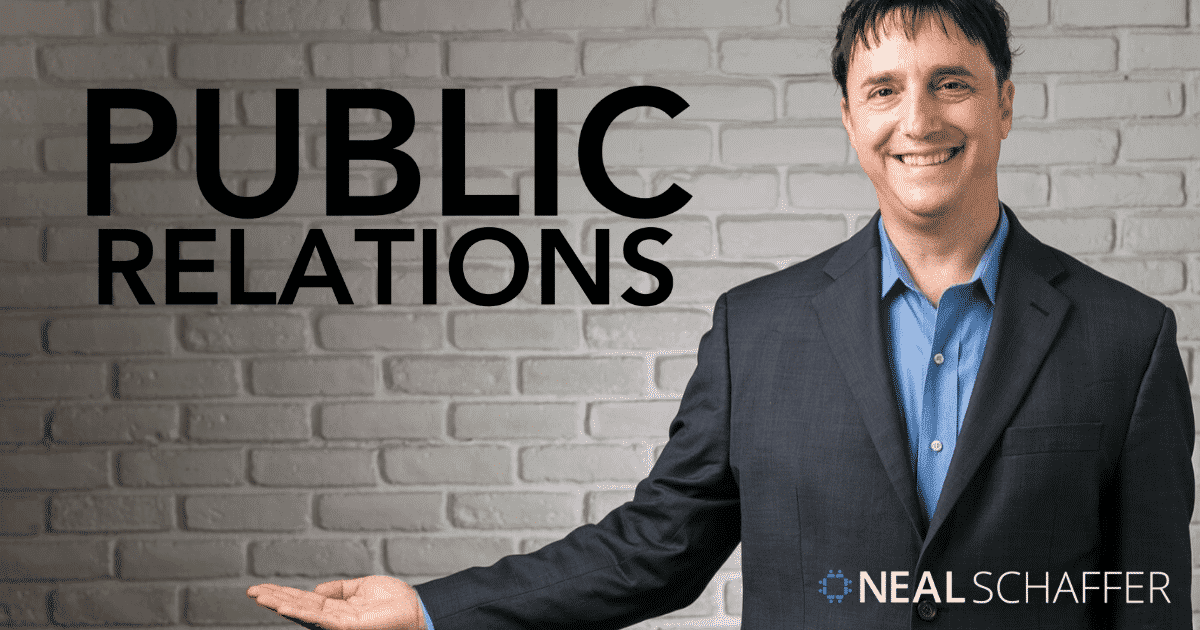 Once upon a time, public relations was a fairly one-sided corporate discipline. You’d send out press releases, respond to negative reviews in the newspaper, and decide which local events to sponsor. However, it’s no longer that simple. Yelp and Google Business, among other forums, give customers a way to complain about the slightest thing. Customer service reps are often called upon to take care of complaints before they become PR nightmares. And, interfacing with real-time issues like the recent Black Lives Matter demonstrations has become almost an obsession. Here, we’ll talk about the social media aspects of public relations.

Introduction to How Social Media is Changing Public Relations

First it was Yelp, now it’s the Twitter wars. Once upon a time, making public complaints about a business was more difficult. Now, people post the good and the bad about a business online for everyone to see. While you’ll still see signs at businesses asking people to refer their friends, this isn’t as powerful of a force as it once was. The reason? Social media. Here are some thoughts about the changes.

How Social Media is Shaping the Future of Public Relations

According to Sophie Chadwick, one of the biggest differences between traditional and modern public relations is its speed. Once upon a time, press releases were put out and all you could do after that was wait. Now, it’s necessary to respond to diverse trends, almost in real time. Another change is the shift to analytics. Before social media, it was hard to monitor the impact of management outreach numerically. Nowadays, PR decisions are often highly data-driven and involve audience targeting. Video is increasingly becoming an important part of the PR landscape, as is live streaming. Temporary content, such as Snapchat, has made its mark on PR as well. People love the seeming exclusivity of this platform, along with the authenticity of real-time interaction. Press releases are increasingly placed on social media, rather than print. Finally, while celebrities once dominated the world of advertising, increasingly the focus is on so-called micro influencers. These are people who have developed a sphere of influence which is much smaller, often 100,000 people or less. Because of these wide-reaching changes, it is increasingly critical that PR professionals have a broad social media skillset.

What is the difference between PR and social media activity? Both involve managing the corporate reputation and getting influential people on your side.

Judy Gombita defines relationship building as actions that develop relations with stakeholders. Stakeholders are people interested in the company, such as owners, employees, and members of the public. Unfortunately, public relations isn’t really interested in relationship building with stakeholders like employees. Instead, they are focused on relationships with people who have influence and authority to make favorable decisions. Often, those relationships are made offline (and away from the press). What does this all boil down to? The role of PR is often to ensure that the people in charge are on the company’s side. Relationships with less influential stakeholders often falls to the wayside.

On the other hand, social media is intended to directly reach the masses. One way that this is done is by revealing pre-existing influential relationships. While at one time these tended to be celebrities, nowadays those relationships include lower level influencers. Blogs are another great way to reach consumers, as well as corporate decision makers. However, to be successful one has to ensure that your commenting community is appropriate for your goals. Gombita gives some tips on how to ensure your goals are met, both in blogging and on other forms of social media.

Now that we’ve talked about what PR is, let’s go through how to adapt it to the new world of online communication. After all, you don’t want to get left behind.

PR expert Sophie Chadwick gives us some winning strategies to use on corporate social media accounts. First, make sure your posts are relevant. Second, earn the attention of your audience by adding value. This could be in the form of information about a product, or thoughts about trends in your industry, among other things. Third, be consistent, both in what you say and how you say it. People expect certain things out of a company, and you’ll want to ensure nobody fails to live up to those expectations. Then, ensure the tone of your posts matches the corporate image. Fifth, take advantage of what’s in the news. You might be able to include some sort of reference to current events in your marketing campaigns, something Chadwick calls “newsjacking.” Sixth, engaging in conversations is a highly effective strategy. Those can include discussions about your products and services, or even jumping in on the competition to spread your brand message.

This post focuses on 5 awesome PR campaigns on social media. The first one is the #lastselfie campaign by the World Wildlife Fund. It was intended to raise awareness for the WWF’s conservation work, and featured pictures of critically endangered animals. Pictures were posted on Snapchat first, with its vanishing posts, and then moved to Twitter where half of users saw it.

Second on the list is the Addict Addie campaign. This one was highly successful, because it generated a lot of discussion about the problem of addiction in young people. Most folks think of addicts as people on the street with a needle in their arm, and the Addie campaign aimed to change that.

Third is the “ice bucket challenge,” which went viral as a fundraiser for Lou Gehrig’s Disease (ALS). Millions of dollars were raised to fund research worldwide.

Fourth, Sport England wanted to encourage girls to exercise, so they created the #ThisGirlCan campaign. Over time, 8,000 sports organizations in the UK got involved, from neighborhood clubs to the national soccer team. And, the gender gap between women and men who exercise in the UK has shrunk to almost nothing.

Fifth, the World Wildlife Fund did it again with their #EndangeredEmoji campaign. Noticing that several emojis feature endangered animals, they got celebrities and private citizens alike to sign up to donate. Then, they had people Tweet the endangered emojis and added ten cents an emoji to the donations. It was a big hit.

It goes almost without saying that most organizations have PR problems on occasion. Whether it’s a customer complaint or marketing mistake that leaves you reeling, no company can avoid engaging in reputation management online.

Since social media is such an easy and low-cost way to reach out, what can go wrong? Plenty. According to Jonas Sickler, social media mistakes are common. Worse, if they aren’t dealt with correctly they can lead to a big PR problem. To help business owners, he gives a list of mistakes to avoid. First, avoid giving responsibility for your corporate accounts to the wrong person. Instead, give it to someone who’s qualified for the position. Second, failing to have a plan for those “uh, oh” moments is a mistake. Third, forgetting to monitor social media for signs of customer complaints is asking for trouble. Fourth, forgetting to engage with people on social media will get you ignored…or worse. Fifth, if you are unprofessional in the way you handle complaints online, it’ll only make things worse. Sixth, don’t forget to know your audience. It isn’t always the same online as it is offline. Finally, seventh, don’t forget to have a policy for employees to follow when mentioning your company on social media.

Check Out All of Our Social Media and Public Relations Posts Below!