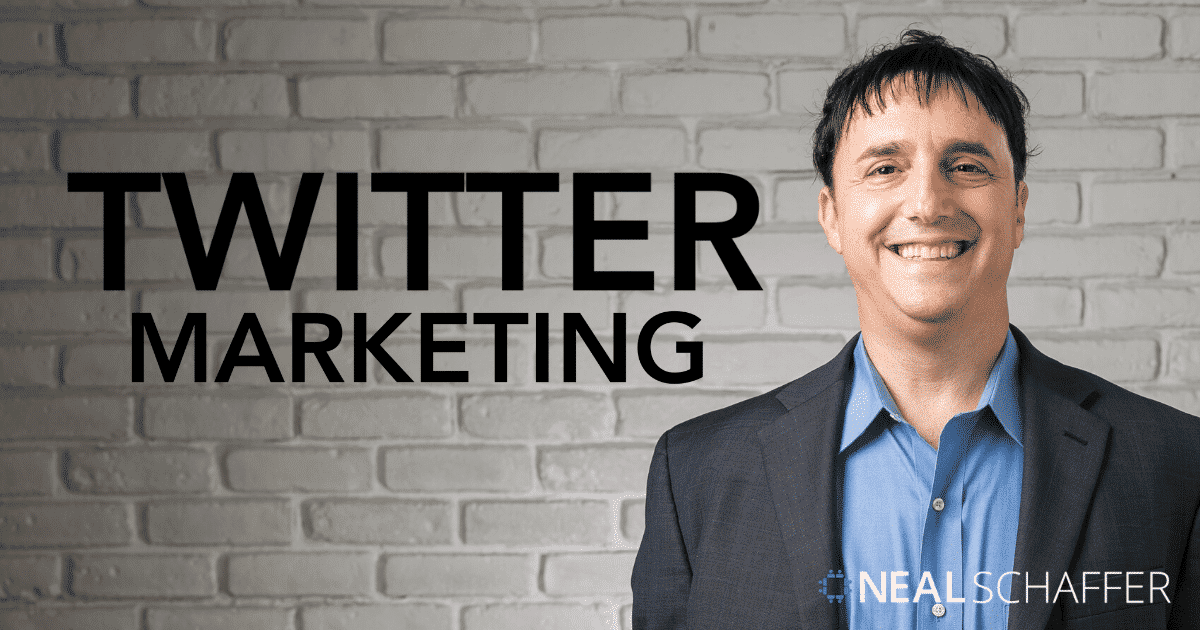 As an older social network, Twitter has long ago lost the “cool” factor enjoyed by shiny objects like TikTok. However, that’s not to say that it is no longer important. In fact, Twitter is a major forum for customer service and thought leadership, and one that we marketers would do well to take advantage of. In this guide, I will point you to some free resources that will help you navigate the platform.

When you look at the numbers, you’ll see that far from being irrelevant, Twitter remains an important force in the world of marketing. Here’s why:

Twitter still has over 300 million monthly users, and almost 49 million in the US alone. While this number isn’t as large as other networks, one should note that part of this is due to Twitter’s cleaning up fake accounts and banning abusive posters, among other things. Many Twitter users are society’s movers and shakers, as well. And, because of this fact, Twitter users tend towards the wealthier end of the spectrum. Finally, Twitter is a great place to do customer service.

Especially since Twitter requires the use of such small bits of information, posting regularly can seem intimidating. Not only that, but most marketers have an interest in listening to what other people are saying about them. For these reasons and others, a number of Twitter marketing tools have been developed to help marketers work more efficiently.

What are the cool and innovative tools that you can use to help you more effectively tweet and scale your Twitter marketing?

This post is a compilation of various Twitter clients and other tools that are available that are actually being used by these social media influencers. You are sure to find one or two tools that you have never heard of!

Twitter is an older tool, alright. But, like many other things it has evolved over time to include more features than it did when first released. Are you familiar with them? Have you and your team learned how to use and maximize these features?

If you’d like to know how and why to use certain organic Twitter features, I have a handy guide here. In brief, each of these features has different uses, both for corporate marketing and overall consumer outreach. First, you can quote a Tweet (called Retweet). This is a great option when someone else says something really great, and you’d love to share it with followers. Second, Twitter lists are a great way to get updates on other Twitter users that you don’t want in your main feed. Consider this one for monitoring competitors. Third, tagging accounts in Tweets. If you want to be noticed by specific people, this is a good technique. Fourth, pinning a Tweet to the top of your profile, which is an excellent way to drive traffic. Fifth, website cards encourage people to check out your website with a clickable picture.

Twitter Followers vs Following: What is the Ideal Ratio?

One of the big debates in marketing is what ratio between people you follow and the ones that follow you, that your account should strive for. In this post, I talk about how there’s a wide range of ratios among successful accounts. Each set of numbers tells us different things about the account holder and the content they’re publishing. However, if you have too few followers, there’s a good chance that you will be considered a spammer and lose your account. Real people follow accounts with worthwhile content.

It stands to reason that there’s a lot more to Twitter success than just typing out a bunch of characters and hitting “tweet.” Instead, you and your brand should follow a series of best practices that are laid out in some of my other blog posts. They include tips for making an effective calendar, Tweet writing, and improved linking ability.

How to Create a Social Media Marketing Calendar for Twitter

Planning ahead is very important in the marketing world, because it gives us direction. So, how should we make a calendar for Twitter? First, it’s important to have a comprehensive social media strategy. Then, keep in mind that on Twitter it’s important to Tweet every day, or people will lose interest. Once you have a schedule in mind, be consistent. Be sure to use some variety in the posts, honor deadlines, and collaborate. Finally, over time you’ll want to track results and adjust as necessary.

7 Insanely Effective Ways How to Write Tweets that Drive Traffic

Are you struggling to make your Tweets compelling enough to drive traffic? Writing that kind of Tweet can seem difficult, but these tips will help. Briefly, the way to drive traffic through Tweets is to make them compelling. Specificity helps, as does statistical data. Ask questions, or pique people’s curiosity so they’ll want to learn more. Use powerful words, make promises, and, finally, include calls to action. While the best Tweets aren’t quite sales copy, they do need to engage your reader to encourage further interaction.

David Boutin is one of my experts, and he has a couple quick tips on how to create Tweets that have both links and a preview image. First, you can accomplish this by using a Wordpress plugin that promotes social sharing. This one requires that plugins be added to your website, but it’s easy. The other way to create this type of Tweet is by making a clickable website card. In this technique, you’ll create a Twitter ad through the ads platform, but never promote it. In other words, it’s free but you have to sign up.

Now that you understand more about the process of Tweeting, consider some best practices for using your newfound skills to do marketing. Like all platforms, there are options with varying levels of effectiveness.

Latest Trends on How to Generate Leads on Twitter

Mike Gingerich talks about two different things in this post. First, it’s important to understand trends. These include the increasing amount of video, and the fact that Americans get a lot of news from Twitter. Also, it’s important to understand that Twitter is well indexed in search engines and has remarketing features to check out. Second, these trends can be leveraged to generate leads. Be sure and collaborate with influencers, while using your Twitter account to participate in discussions. Twitter is a great place for contests, sharing bios, and soliciting traffic to your website.

While we’ve already covered the basics, there are some advanced techniques and concerns to think about. For instance, different industries have various ways in which they can make Twitter work to their advantage. Here are some of them:

One of the ways to make your Twitter posts more engaging is by holding a contest. Aaron Lee gives us some ideas. FOR instance, a fun option is looking for the fastest right answer. Sweepstakes, photo contests, caption contests, creative answers, and branded hashtag contests offer other ways to engage your audience. No matter which option interests you, Lee gives hints for implementation.

Selling real estate has a different set of challenges from most others. Not only is the product different, but buying and selling a home is very personal. Rebekah Radice gives Realtors some tips. Like any other business, Realtors need to claim their brand. Then, they’ll want to use a social media manager just like other marketers. Next, know your goals and audience, and then inspire your followers. Lastly, be sure to measure your results and adjust accordingly.

Not everyone knows this, but Twitter is no longer the Wild West it used to be. Rather, Twitter has started restricting accounts for bad behavior or spam concerns. I give my readers several reasons why this can happen. Using too much duplicate content is an important reason that people get restricted, because it can be “spammy.” Abusing trending topics and sending automated responses is another no-no. Using bots to spam various topics can get you in trouble, as does using multiple accounts to say the same thing. Lastly, be careful about following, and then unfollowing, people too often. This technique is used by spammers.

Check Out All of Our Twitter Marketing Posts Below!