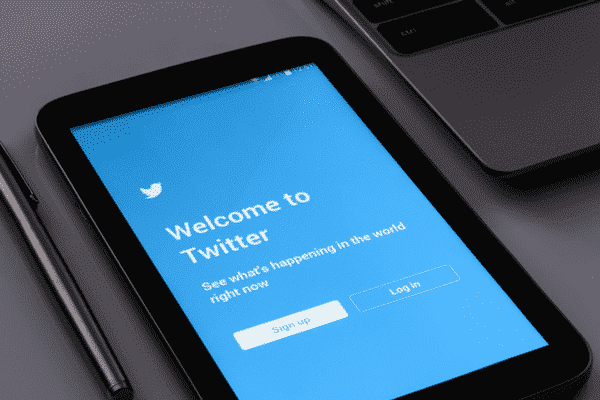 There are a zillion and one tools to help you manage your Twitter account. Trust me, I work for one of them. And while they’re all helpful and awesome in their own way, there are some nifty features built right into Twitter a lot of people don’t take advantage of.

Today, we’ll talk about what some of those Twitter features are and some clever ways to use them to improve your Twitter marketing efforts.

Some of these Twitter features are kind of basic, so you Twitter pros might be familiar with them already. But I still recommend going through all of them here in this post. Even if you’re aware of these features, there may be a suggested use you hadn’t thought of.

Specifically, we’ll go over exactly how and why to:

For this one, I’m sure many of you already know how to quote a tweet (but I still get asked how it’s done sometimes). The main reason I’ve included it in this post is not so much the how, but the when and why to use this feature.

That said, let’s break down how to do it first. 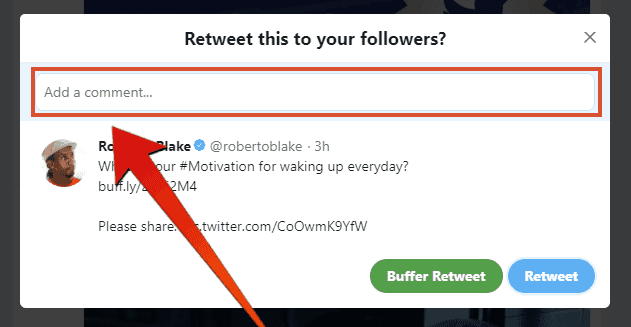 On mobile, tap the retweet icon and that brings up two buttons, one to retweet and one to add a comment. 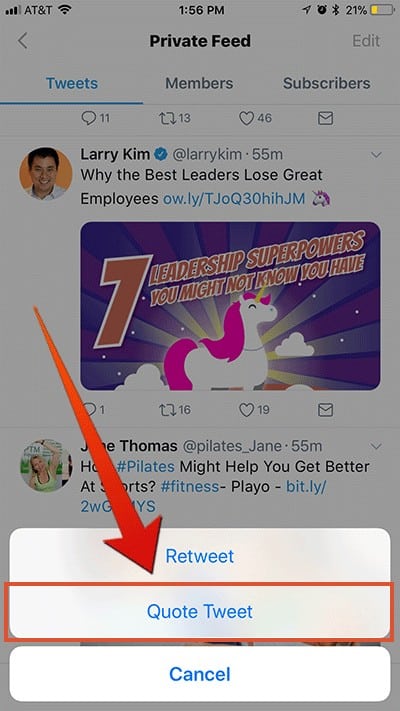 Now, when should you use  this feature?

If you’re building relationships on Twitter (which we all should be doing), this is an awesome way to share content and add value by providing your own thoughts.

Retweets are awesome and, of course, people appreciate them. But when you go the extra mile and add some commentary, that stands out much more. These start conversations and further relationships much faster than a simple retweet on its own.

I also recommend using this feature instead of the reply in most instances. For example, I write a lot of content and, therefore, tweet out a lot of links to my blog posts.

A lot of people reply to those tweets, letting me know they enjoyed the post – which is awesome. But it’s even better when that reply comes in the form of a quoted retweet of the article.

Done that way, others see the reply AND the original tweet that’s being replied to. So instead of a compliment coming only to me, that’s a compliment plus a public endorsement of the blog post.

So next time you’re going to reply and compliment someone, do them a solid and quote the tweet instead.

Do you know you can create other feeds besides your main timeline that only include certain accounts? And, in fact, you don’t even have to be following accounts to include them in these feeds?

It’s true. You can do it by creating Twitter lists. To start, go to the drop down menu by clicking on the small profile pic as shown below. 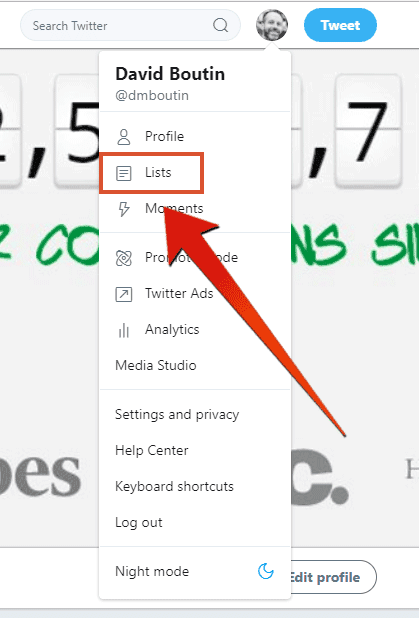 Choose the lists option and you can create a new list on that page in the right sidebar. 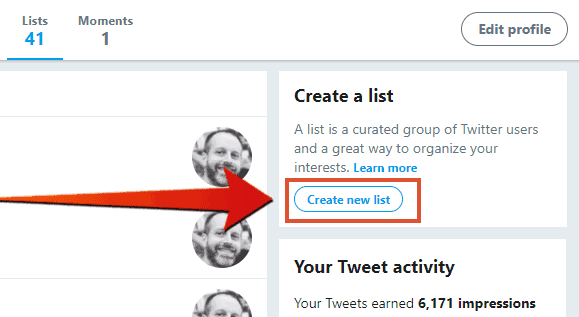 You can choose between a public and private list. If you set the list to public, anyone you add will get a notification and they can choose to subscribe to that list as well. Or, if you set it to private, accounts will not be notified when you add them, and you will be the only one with access to the list.

I use both public and private lists for very specific purposes.

I have some public lists that I want people to know I’ve added them to. For instance, I have lists associated with Twitter chats. When I connect with people during a chat, I’ll add them to that list. It’s an awesome way to show my desire to continue to build a relationship and I use the list to continue to monitor and engage with their tweets.

But I also use private lists. For example, I have a private list to monitor competitors and keep up with what they are doing on Twitter. And when I see someone who’s not too happy with a direct competitor, that’s an opportunity to swoop in and let them know we have an alternative.

You can also create lists based on interests (which comes in handy in tandem with the next tip on tagging accounts). Twitter lists are a great way to segment followers based on common interests or topics pertinent to your business offering.

Once you create a list, I highly recommend you use a tool like TweetDeck or Hootesuite to monitor it. If you’re not familiar with those tools, here’s a complete breakdown of how to use TweetDeck: How to Use TweetDeck to Manage and Grow Your Business on Twitter

One of the very best ways to get noticed on Twitter is to show up in someone else’s notifications. Things like following and mentioning will land you in their notification inbox.

But do you know you can also tag up to 10 accounts on the image of a Tweet and they all get a notification when you do? Well, you can and here’s how…

When you attach an image to a tweet, you’ll see a hyperlink under it that says, “Who’s in this photo?” Click on that and start typing in a Twitter handle until you can choose it to tag. 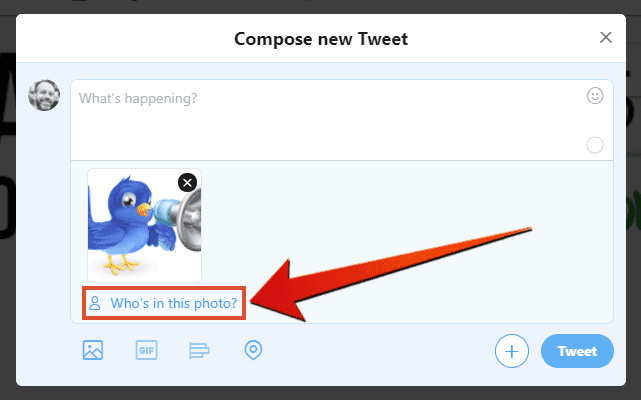 Everyone tagged gets a notification as soon as the Tweet goes live, so you’re almost guaranteed all the people tagged will see it and many will reply or share or both.

Of course, you need to use this tactic sparingly. Don’t tag people in every tweet and don’t tag the same people too often.

So, let’s assume you’ve already created a Twitter list based on interests as mentioned in the previous tip. If you ever publish an article on that topic, that’s a perfect time to pick some list members you believe will enjoy the post and tag them.

Or, if you’ve done a roundup blog post, you could tweet it out and tag all the influencers and experts who contributed to the piece. That’s a near guarantee to get some great retweets for the post.

You can (and should) pin a Tweet so it stays at the top of your feed on your Twitter profile page.

Just find the tweet you want to pin and click the small down arrow in the top right of the tweet. Then select the “Pin to your profile page” option, confirm that’s what you want to do, and you’re done. That Tweet will stay glued to the top of your profile page until you unpin it with the same menu or choose a different Tweet to replace it.

When you follow accounts that you would like to have follow you back, they get the notification that you’ve followed them. And most are going to come to your profile page to see if they want to follow back.

That’s why it’s so important to make sure you optimize your Twitter profile, including having a pinned Tweet that drives traffic.

Still not convinced of the awesome traffic-driving power of pinned Tweets? Check out the analytics of some of my previous pinned Tweets: 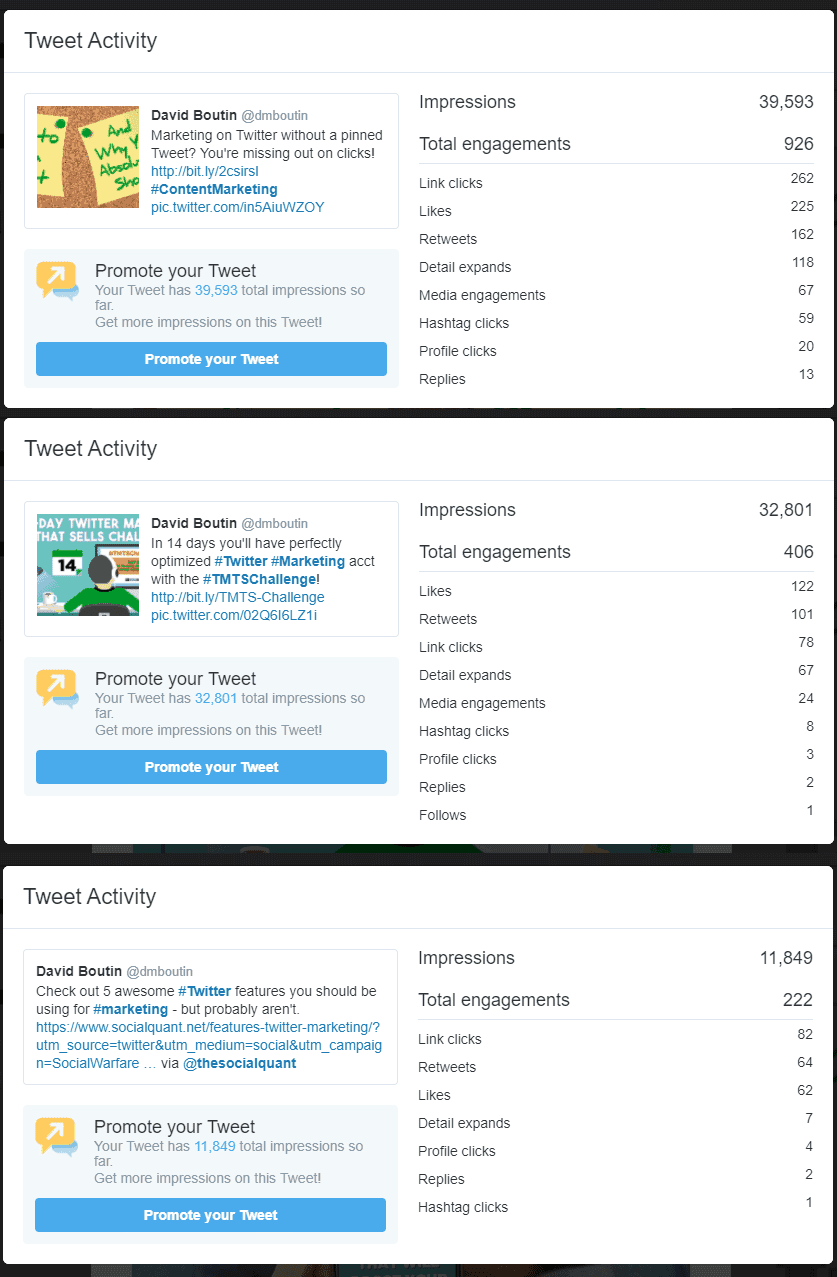 Ever notice some Tweets linking to web pages and blog posts have clickable images with a caption below them? They look like this: 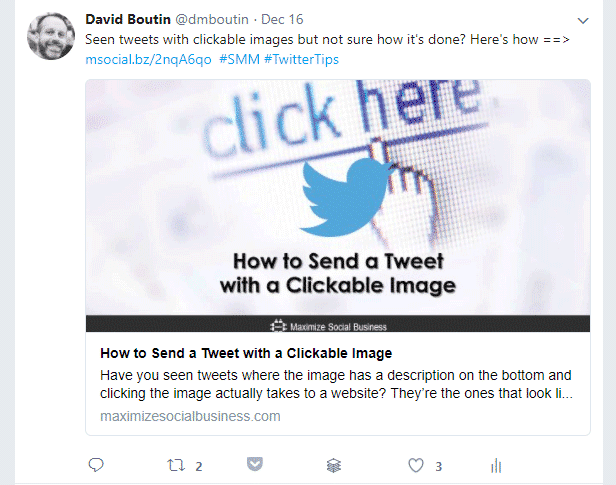 Seen those around the Twitterverse but not sure how to create one yourself? Trust me, you are not alone.

These are Twitter cards and there are a couple ways to create them.

One is to install a social sharing plug in to your WordPress site, like Social Warfare. Those services create the code right on your site to automatically create Twitter website cards.

The clickable image and caption get automatically included when someone shares the post through the sharing buttons. It will even create the Twitter card when anyone Tweets the link by itself. If they attach their own image or video, that will override the card, however.

You can also create cards manually through the Twitter ads platform. You don’t have to pay for an ad to create the cards. But you will have to enter credit card information to create an ads account.

I’ve previously written a post dedicated solely to creating Twitter cards this way and you can check that out here: How to Send a Tweet with a Clickable Image.

Again, even with all the extra bells and whistles that third party tools provide, don’t sleep on the features right in Twitter. These are often some of the simplest and most effective tools at your disposal.

I’d love to hear from you in the comments section below! 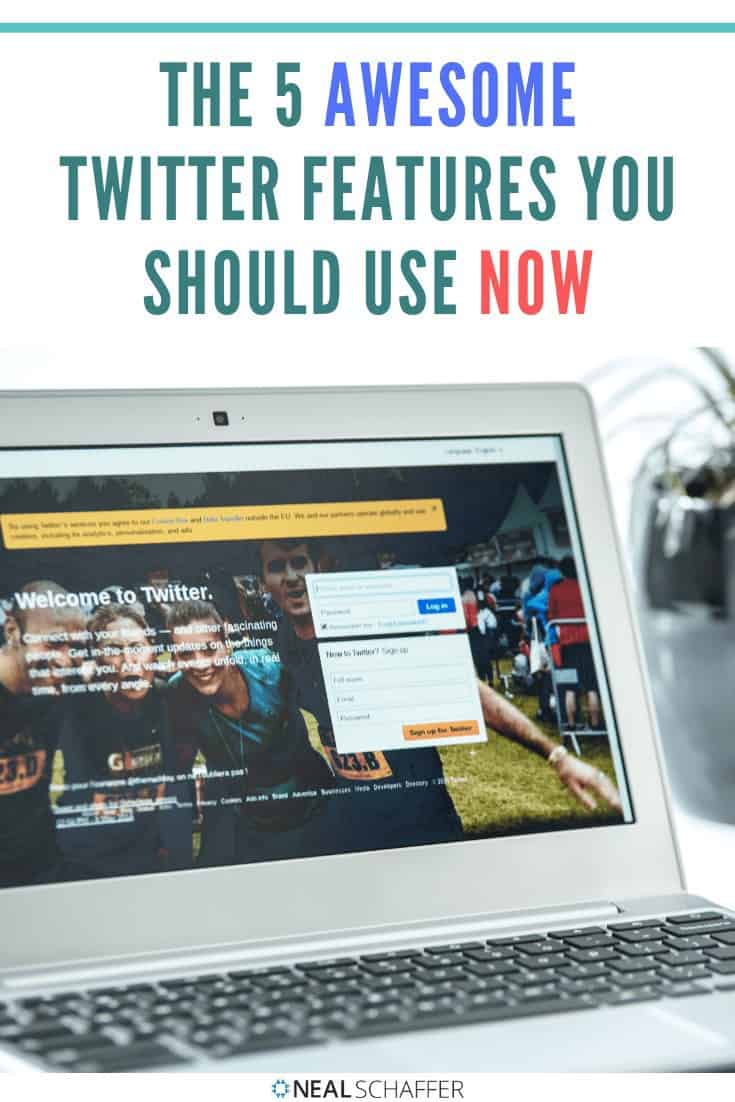 David Boutin is an expert on Twitter. David is the content manager and wearer of many digital marketing hats at Social Quant in Tampa, Florida. When not staring at a computer screen, you can find David at the local parks playing basketball or staring at a TV screen watching Georgia Bulldogs football.

David Boutin is an expert on Twitter. David is the content manager and wearer of many digital marketing hats at Social Quant in Tampa, Florida. When not staring at a computer screen, you can find David at the local parks playing basketball or staring at a TV screen watching Georgia Bulldogs football.

LEARN THE LATEST ABOUT INFLUENCER MARKETING