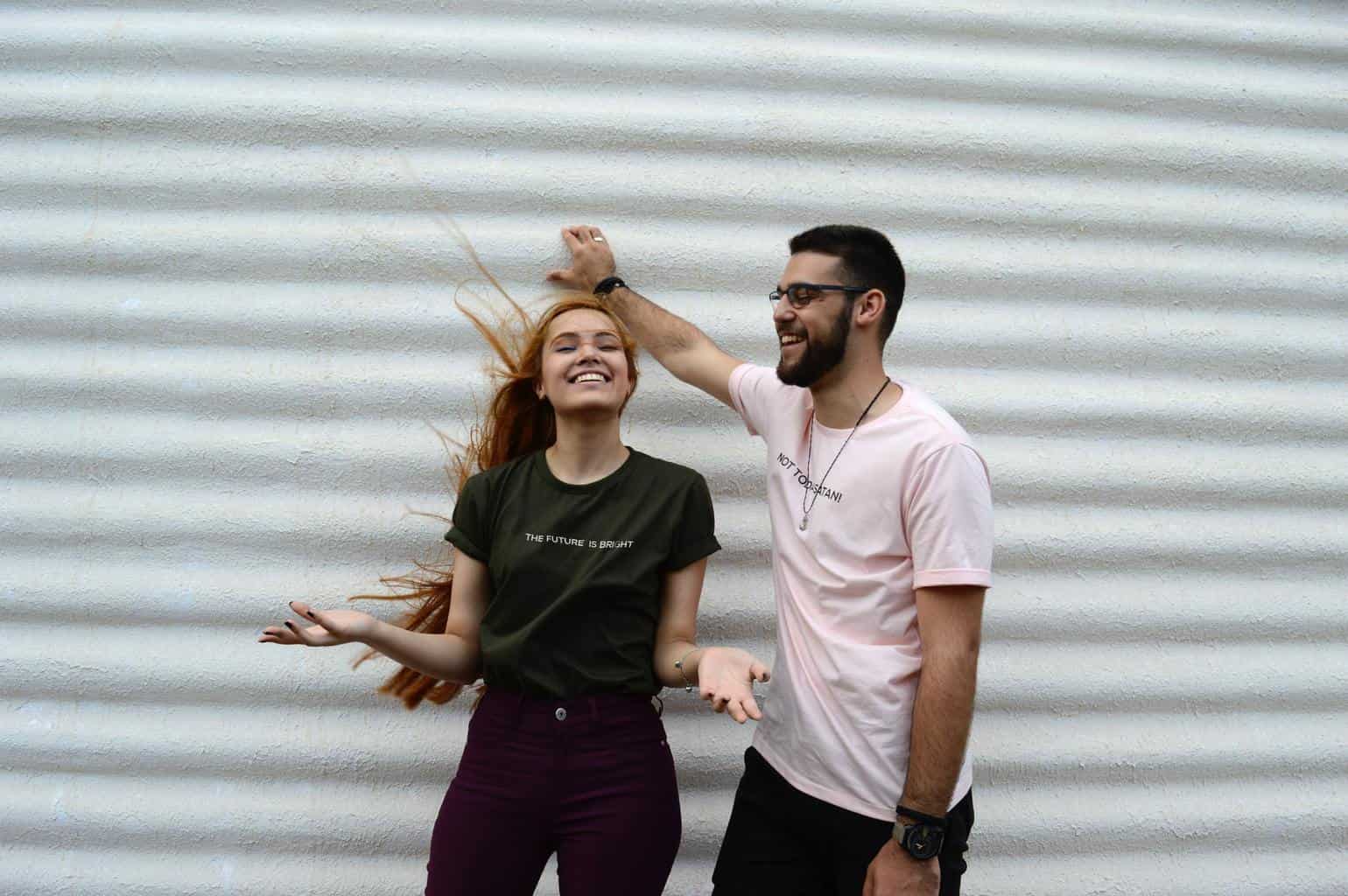 Micro influencers are on the rise – and they are proving to be a boon to the influencer marketing industry.

The Identity Crisis of Influencer Marketing

Over the past few years, influencer marketing has become one of social media biggest buzzwords. This trend has literally ignited businesses and agencies. In the wake of the tremendous success of visual content platforms rich with millennials (such as YouTube, Snapchat and Instagram), we have seen the emergence of a multitude of young videographers and semi – professional bloggers and vloggers. They are literally assaulting social media and quickly becoming popular with their peers. Many then found a quick and easy way to monetize their online activities, and positioned themselves as the new influencers.

Grabbing the opportunity to bypass commercial blocking filters at a low cost, while benefiting from word-of-mouth marketing, companies immediately started sponsoring blogs and product reviews. They created recommendation and affiliate programs using these new social networking stars as part of their own influencer marketing programs.

Currently, it’s estimated that there are more than 8 million blogging moms active in the world. 85% of them have already agreed to be sponsored to test and recommend products. Dozens of YouTubers and Instagramers have reached more than $ 1 million in sponsorship and advertising revenues. Today, it’s estimated that the market value of influence marketing is between US $10 and $15 billion and will continue to grow over the next few years. By 2016, Instagram already had more than 500,000 active advertisers, and next year Snapchat plans to make more than US $1 billion in advertising dollars.

The most recent studies clearly demonstrate that a companies’ investment in campaigns on new platforms has also been very profitable. On average, they pocketed $6.85 in return for every dollar invested. There is no doubt, brands have found a golden vein to reach their customers.Can we really talk about influence marketing strategies, when in fact, they’re just advertising placements?

Put an end to the misleading illusion of “influenceratis”

Last April, I came back from a seminar in Quebec City where I was able to observe the strange fascination exerted by the young influencers of the new platforms. I introduced the term “Influencerati” in an article. I revealed the results of a study by Kristina Lerman, and her team at USC: The Social Network Illusion That Tricks Your Mind. She demonstrated how a ¨buzz¨ on social networks rests on a misleading illusion of majority. According to this study, published on the Cornell University website, social networking communities are predominantly made up of individuals who react and respond. “Influenceratis” understand this well. As soon as they publish new content their many followers will eagerly share it immediately, creating an instantaneous wave that creates a distorted impression that everyone is talking about it. As also highlighted in the study, as soon as the viral effect has manifested itself in the community, users switch to other content, and the message falls into oblivion.

“Influenceratis” understand this well. As soon as they publish new content their many followers will eagerly share it immediately, creating an instantaneous wave that creates a distorted impression that everyone is talking about it. As also highlighted in the study, as soon as the viral effect has manifested itself in the community, users switch to other content, and the message falls into oblivion.

A Marketly study shows celebrities, and the new social network ¨influenceratis¨ have very little impact on the real commitment of their audience. According to the results of this study, the larger the network, the lower the response rate. In 2016, the commitment rate on Instagram fell by 48%. However, it increased by 8% for influencer accounts of less than 1000 subscribers, while it dropped by 1.7% for influencers with more than one million followers. In fact, the commitment rate would be inversely proportional to that of the network. The influence of these new platform stars is as fleeting as their message.

Over the last few years, the notion of engaging with social media influencers has been overused. To calculate the ROI of campaigns on social networks, marketers have stubbornly sought to measure performance in the moment with metrics based on algorithms. But, social media influencer marketing is not just a question of numbers. The return on investment must rely on quality relationships and long-term collaborations.

The loss of consumers trust

Consumers now demand greater authenticity. They’re turning to relatives (78%) and academic experts (65%), as seen by the Edelman report, Trust Barometer 2016. In companies employees and ambassadors (55%) receive greater consumer confidence than bosses (49%). Journalists (44%), well-known personalities (42%) and celebrities (32%) ultimately have very little influence on consumers. However, company executives (49%) recovered some consumer confidence 10-point increase compared to 2015. This renewed confidence is because CEOs are getting more and more involved in marketing strategies and social networks, according to Edelman’s study.

If each voice counts in influencer marketing, they obviously don’t all have the same reach. Family members, employees and academic experts, who generally don’t have many subscribers have a direct and significant impact on their community. Much more than celebrities, journalists, and verified personalities who often have higher audience numbers.

Companies and brands must distinguish between the different types of influencers. They must know how to identify and recognize the right influencers according to the objectives of their campaign. However, there may be as many types of influencers as there are types of users. The influence of an individual on other people depends on the context of the relationship and relates to the circumstances of the moment and the mutual intentions of each. It’s therefore particularly difficult to identify and recognize precisely the right influencers according to the objectives. The size and scope of their network becomes secondary, and other criteria must be used.

Niche and micro influencers are not the same

Influencers can be grouped into 2 main categories: macro-influencers (often several million ¨followers¨) and micro influencers (who have a more modest network of a few thousand  friends and acquaintances). Between the two, there are also niche influencers (which often include a few hundred thousand subscribers.) These are blogging moms, fashionistas, ¨gamers¨ and other semi-professional bloggers who have built a niche, and monetize their activities on the platforms.

Each type of influencer corresponds to different objectives in a mix-marketing campaign. Celebrities and macro-influencers, including some niche influencers who are paid for their influencer marketing services, can fit perfectly into sponsored recommendations or campaigns, or as a brand ambassador. Their involvement will be purely commercial, and their impact on the public will be instantaneous, but momentary. After a campaign, everything has to be started again. Moreover, since it’s more or less an advertising placement, certain regulations must apply. Which we were  reminded of in the recent case of PewDiePie falsely recommending the video game ¨Shadow of Mordor¨, sponsored by Warner Games.

Micro-influencers appear to be increasingly advantageous for companies to use. These include corporate ambassadors (employees and executives), satisfied clients & employees, and academic experts & experts (professional bloggers, professors) who are the opinion leaders of their community. Their network is often limited to a few thousand or even hundreds of subscribers, but their influence on the community is huge. Their reviews and posts are usually spontaneous and authentic, and they don’t necessarily seek monetary rewards. They often focus on the benefits the brand brings to their community. Their collaboration is valuable as part of a more equitable and sustainable long term relationship.

What do you think? Do you believe that the future of influence marketing is ultimately based on micro influencers? Share your experiences of influencer marketing and comment on this article.

Photo by DISRUPTIVO on Unsplash

For more information on the micro influencer phenomenon, check out this great gifographic from Hyprbrands!