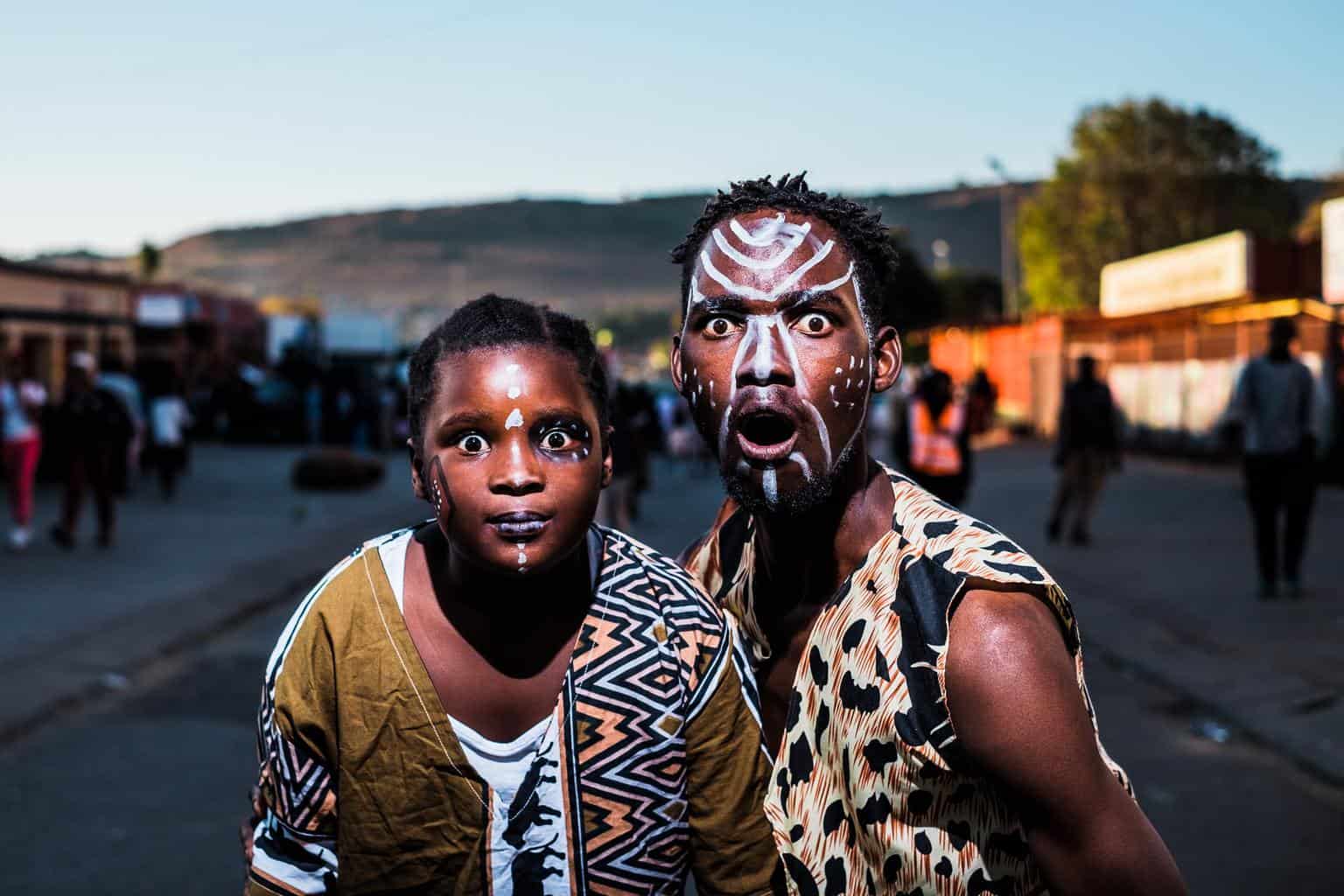 We’ve all heard about how necessary it is to engage with influencers to take our blog to the next level. But what does it mean to “engage”? What are the specific relationship building tactics that we need to employ?

Usually, we think to do the obvious – comment on their blog posts or link to them in a post (and then tell them about it, asking for promotion).

Nowadays, if you want to stand out, you have to do something different.

Here’s 12 relationship building tactics that will make influencers pay attention to you and your blog.

Respond to their audiences’ questions in comments

Blog commenting isn’t just about putting in your two cents or asking a question – it’s about creating dialogue.

Very few bloggers ever reach the point where their audience actually interacts with each other, the sign of a strong community.

So why not be the one? 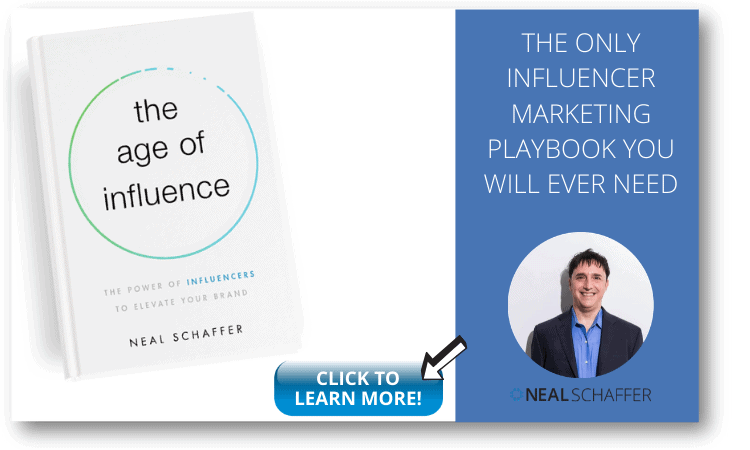 Instead of just posting a comment – take time to actually respond to their audience with your expertise. The influencer will appreciate the dialogue you’re creating and it may even help lighten his own load in regards to answering questions.

Invite them to a podcast or interview

A great way to get on an influencer’s good side is to feature them.

Let’s face it, in one way or another we’re all a bit egotistical.

I’ve had people who wouldn’t give me the time a day to answer a single question via email, but the minute you offer to bring them in front of your audience, they jump onboard.

If you don’t have a podcast or an interview series you might be missing out on a huge opportunity to network with influencers.

Leave them a review on Amazon or iTunes

Getting reviews is particularly important for influencers when they have a new launch, such as an ebook. The more reviews they get, the better they rank in the search results (and sometimes it helps them get featured in new and noteworthy sections).

But even the biggest influencers have difficulty getting reviews for their products and podcasts on networks like Amazon.

Take a powerhouse podcast like SPI, which “only” has a few hundred reviews, the equivalent of one really good blog post.

You can bet they read every review that comes out about something new they just released.

Why not have it be yours?

Send them a gift (ex. an amazon book)

I’ve only had this happen to me twice in my online career, so it’s always really special when someone gives you a gift.

After some back and forth via email Jason from and I realized that we’re both fans of Chris Guillebeau. It was Christmas time and Jason decided to send me a copy of Chris’ most recent book release. I’ve been thumbing him up on G+ and mentioning this in posts ever since.

There are many options for gifts, including eBooks from Amazon and eGift cards to places like Starbucks, so don’t be shy!

Buy them lunch (or offer to meet in person)

I’ve seen networking titans like Ramit Sethi and Neil Patel write about this all the time – because it works.

In an age when so much is done online, people forget about how nice an in-person interaction truly is.

In fact the people who I met online, and then met in person, usually turn out to be my longest lasting relationships. There’s just something about having seen each other face to face that really seals the deal.

In the event that the person is a few levels above you, offering to buy them lunch can go a long way.

It’s not about the money, it’s about the gesture.

Offer them your product for free

Last week my girlfriend received an email from a representative from Uber. They were interested in working with her blog.

It was a campaign they said “had no budget”.

We can debate paying for sponsored posts until the cows come home, but if an organization as large as Uber can’t offer at least some free credits in exchange for exposure – how much do they really value her time and effort?

The message it sends is, not at all.

If you’re looking to get a product reviewed, offer to give the influencer AND their audience some for free. We’ve used this at NinjaOutreach dozens of times and as a result are able to market to influencers on zero budget.

Endorse them on LinkedIn

A lot of business professionals thrive on LinkedIn, and having endorsements for their skills makes their profile appear more robust.

If you worked with someone closely and can vouch for their skill set, it’s a great way to recognize their expertise and say thanks.

Join their newsletter and respond to their questions

Brian from VideoFruit, wrote a fantastic article on building relationships with professional bloggers.

His number one tip?

Join their newsletter and respond to their first email.

A lot of influencers like to kick off their follow up series with a question. It’s a great way to get dialogue going, get insight into your audience, and increase your open rate by training someone to be a responder.

In my experience, very few people respond to these messages (maybe 1/50).

This is an overlooked, yet fantastic way to start a conversation with an influencer, because they cater to their newsletter subscribers first and foremost.

And after all, they emailed you first.

Introduce them to someone (a potential customer, or a connection)

Have you read Never Eat Alone by Keith Ferrazzi?

One of the major takeaways for me was that you can make your network stronger by introducing people to one and other.

Your network is like a spider’s web – the more connections, the stronger it is.

Indeed, this is actually simpler than building an entirely new relationship from scratch.

Here’s an example of how I did this with two people who I’ve never actually met in person.  Awhile back I saw that a friend of mine, Stuart from NicheHacks, wrote a post about all the different niche site case studies going on.

But he left one out, my other friends, Jill and Josh from ScrewTheNineToFive.

So I made a little introduction and their post got featured!

Write them a testimonial

Testimonials are like reviews for business owners.  A business can NEVER have enough positive testimonials, just like you can never have enough 5 star reviews on Amazon or iTunes.

And yet, as a business owner, I hate asking for them.

I’d much rather people just came to me and offered.

Remember – all businesses need testimonials, so even if someone isn’t a corporate entity, if they recently launched a course or an ebook, they’re ripe for a testimonial.

Frankly, even influencers without products can use testimonials to put on their home page or about page to add more authority to their writing.

Become a case study for them

Taking a testimonial to the next level is to become a full on case study for them.

Take one of their tactics (or products), implement it, and become a success. Then offer to write about it on their blog.

What’s great about this is it’s in the influencer’s interest to show you off because you add authority to what they’re offering, which will boost future sales. This means you could get put on the home page or featured in their newsletter, providing you with additional exposure to a wide audience.

Many of the successful members of his Dream Job course go on to have their websites and businesses featured in his newsletter in front of tens of thousands of subscribers.

Alright I know this is kind of cheesy but everyone loves to get love on their birthday.

And the truth is so many people who shouldn’t do in fact forget to congratulate you on your birthday.

This is a quick win and one of the easiest relationship building tactics.

I don’t want to make it sound like if you do any of the above, an influencer will 100% work with you.

Frankly, I can’t get even some of my closest friends to help me move out of my apartment. The fact is, there is only so much you can do to make someone do something they don’t want to do.

But if you’re looking to get noticed, which is the start to any relationship, the above tactics will help you get there.

What relationship building tactics do you like to use to build relationships with influencers?

Photo by Mpumelelo Macu on Unsplash

Dave Schneider is an expert on Blogging. Dave is the cofounder of NinjaOutreach, an innovative new blogger outreach software for marketers based in Boston, Massachusetts. He writes about blogging for businesses, entrepreneurship, and has a love for travel, having visited over 40 countries. Dave can be found at lesschurn.io and daveschneider.me.

Dave Schneider is an expert on Blogging. Dave is the cofounder of NinjaOutreach, an innovative new blogger outreach software for marketers based in Boston, Massachusetts. He writes about blogging for businesses, entrepreneurship, and has a love for travel, having visited over 40 countries. Dave can be found at lesschurn.io and daveschneider.me. 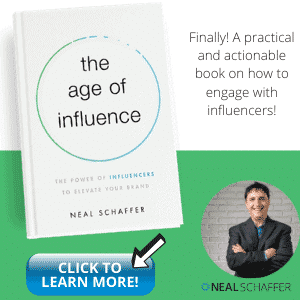 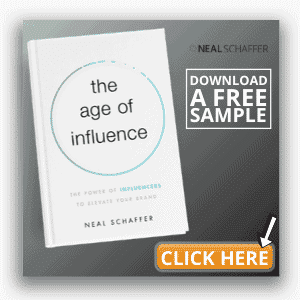